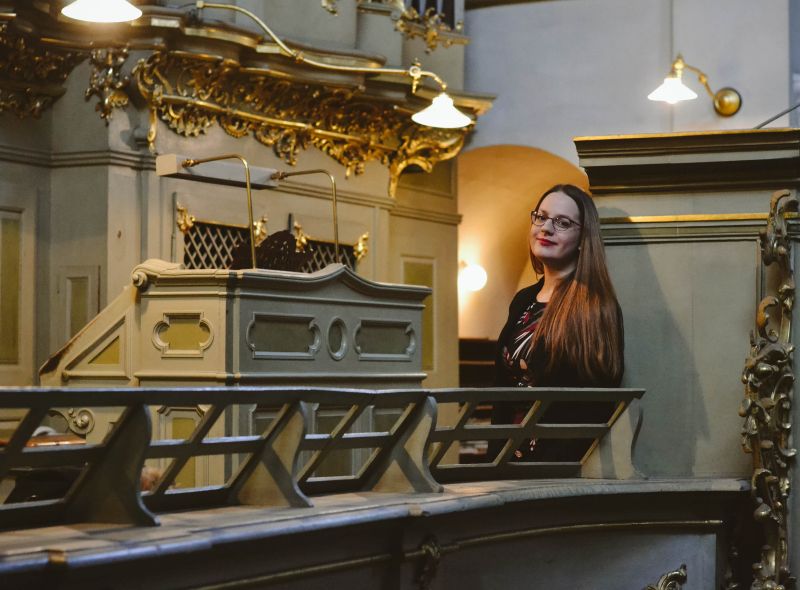 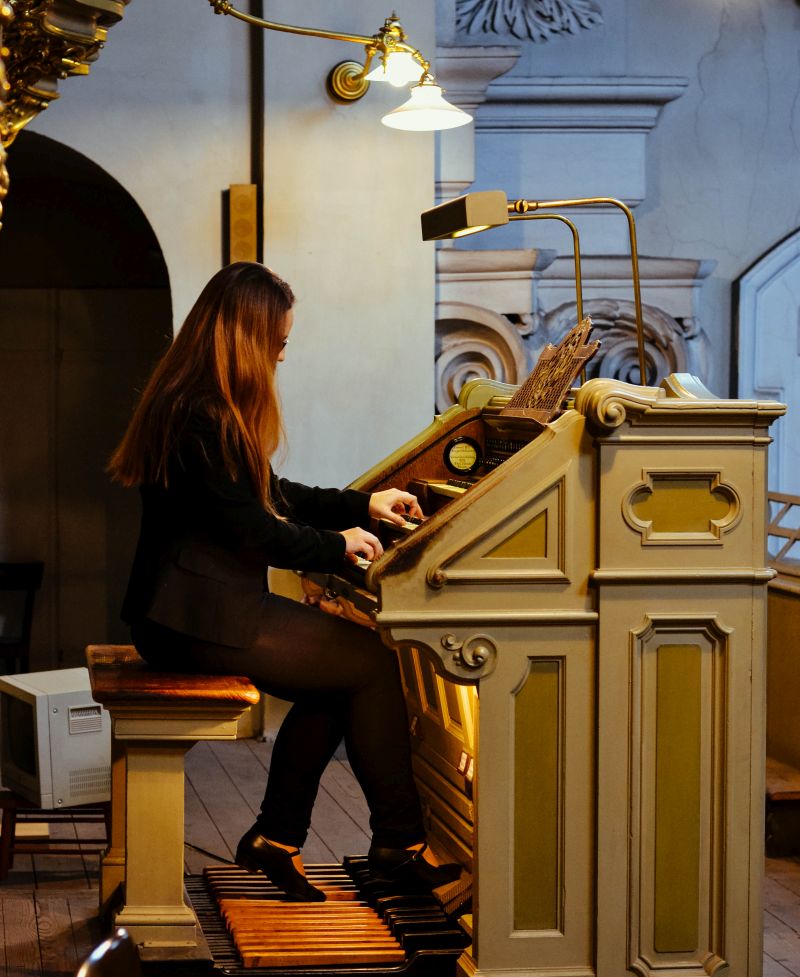 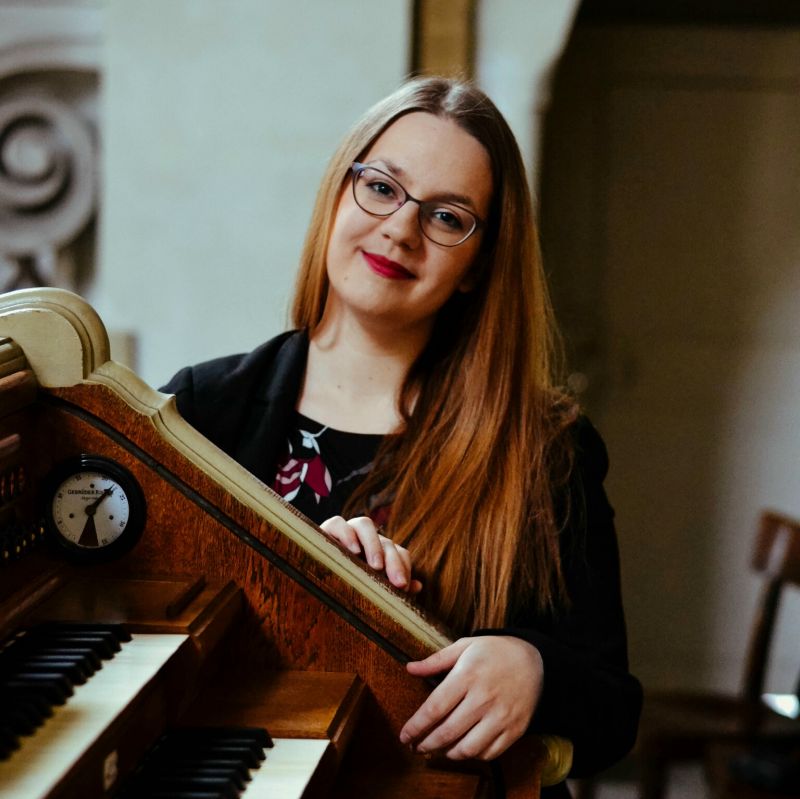 Born in Hungary, Zita Nauratyill’s earliest classes in piano and organ were at the Béla Bartók Secondary School of Music and then at the Ferenc Liszt Academy of Music in Budapest. Her teachers there included Gábor Eckhardt, Imre Hargitai, Zsuzsa Elekes, János Pálúr and László Fassang.

Since 2013 she has been studying organ at the University of Music and Performing Arts in Vienna with Prof. Martin Haselböck , while also studying the piano with Prof. Otto Probst at the Musik und Kunst private University in Vienna. In June 2017 she played the second exam of the diploma curriculum in organ with distinction. In January 2018 she had her bachelor exam on the piano, also with distinction. Zita has taken part in numerous masterclasses with internationally acclaimed organists and pianists such as Christoph Bossert, Jean-Claude Zehnder, Kimberly Marshall,
Zsigmond Szathmáry, Michael Radulescu, Michel Bouvard, Balázs Szokolay, Tamás Ungár, Rita Wagner, Christopher Hinterhuber und Jan Jiracek von Arnim.

As a solo recitalist on the piano and the organ, but also in chamber music formations or with orchestra she has played in prestigious concert venues in Hungary and abroad such as the Palace of arts in Budapest (Liszt’s Oratorio“Christus“ with the Staatskapelle Weimar, the Hungarian Radio Choir and Martin Haselböck as condutor), the Budapest Music Center, in
Germany (Duisburg, Köln, Kusel), Poland (Krosno), Malta (Balluta) and the United Kingdom (London, St Lawrence Jewry). The most notable and latest concerts in Vienna were in the Schottenkirche (international organ festival “Gegenklänge”) and in the Radiokulturhaus (National Austrian Broadcast, ORF’s headquarter). This concert was also recorded and later transmitted by the channel Ö1, the culture and education channel of the ORF. A competitor in several recent international organ competitions, she was a finalist in the St Albans Organ Competition in 2015, where she was awarded the Paul Patterson Prize for the best performance of the commissioned work “Volcano” by Paul Patterson as well as the Audience Prize. In 2017, she won a first prize and five special prizes at the X. Mikael Tariverdiev International Organ Competition in Kaliningrad (Russia).

In 2016, Zita was awarded the prestigious Tokyo Foundation Scholarship. In 2017 she was involved in a CD production of the department for equality and gender studies of the University. She recorded for the first time the Messe pour deux voix égales, Op.167 by Cécile Chaminade.